Craving something sweet? Why not try a crepe?

A crepe is a thin pancake that can be filled with all sorts of delicious ingredients. They're perfect for breakfast, lunch, or dinner. Also, it's even better when topped with Nutella, bananas, or strawberries.

Once you try a crepe, you'll be hooked. They're light, fluffy, and downright delicious!

But, now that you're in love with crepes, you're probably wondering where this yummy treat came from. In this blog post, you'll discover everything about the origin of crepes.

A Brief History of Crepes

Crepes have been around for centuries and have a long and rich history. The earliest known crepes date back to the 12th century when they were made with buckwheat flour and water.

These simple crepes were known as galettes and were popular among peasants in France and Belgium. In the 14th century, crepes began to be made with milk and eggs, making them richer and more flavorful.

By the 16th century, crepes were widely available in Parisian markets and were enjoyed by all social classes. Crepes are still popular, with both savory and sweet versions enjoyed worldwide. Whether you want them for breakfast, lunch, or dinner, there's no denying that crepes are delicious and versatile food.

French Folklore: The Origin of Crepes

In France, crepes are a beloved part of the cuisine. However, their origin is somewhat disputed. One theory is that crepes were first created in the city of La Rochelle during the Middle Ages.

According to this story, a young woman made pancakes for her family one day when she ran out of eggs. To make do with what she had, she substituted water for the eggs and found that the results were surprisingly good.

The pancakes were thinner and more delicate than usual, quickly becoming a local favorite. Another theory suggests that crepes originated in Brittany, where they were traditionally made with buckwheat flour.

These crepes were known as galettes and were often served with savory fillings such as cheese or ham. No matter their origin, crepes are now enjoyed by people all over France - and beyond!

How Are Crepes Made?

Crepes are made from a batter of eggs, milk, flour, and melted butter. They are often cooked in a special crepe pan or flat griddle.

Traditionally, the batter is poured into the center of the pan and then quickly rotated so that it spreads out evenly in a circle. Once cooked, the crepes are typically served with a variety of sweet or savory fillings. Nutella and fresh fruit are popular choices, but crepes can also be filled with meat, cheese, and vegetables. 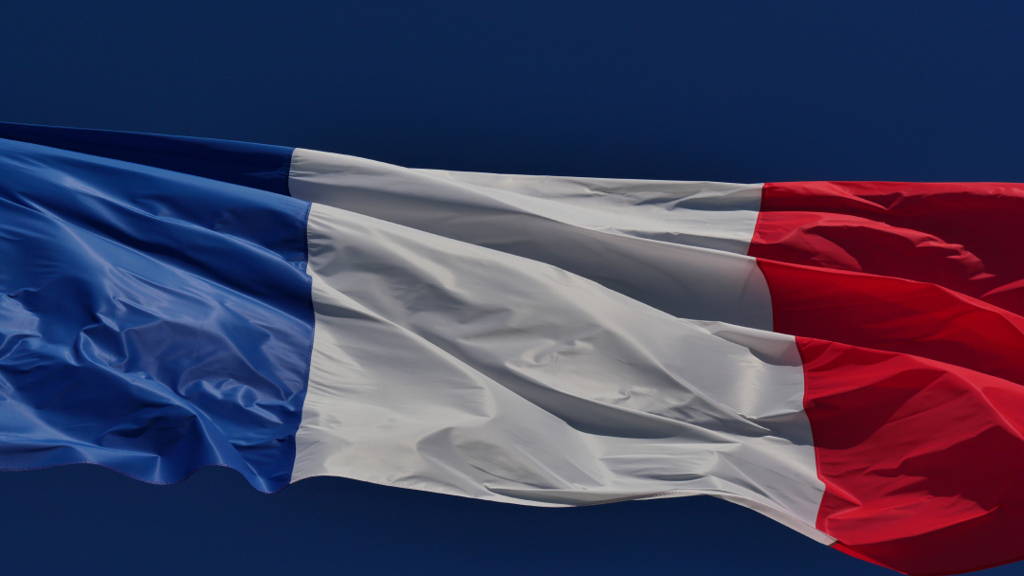 La Chandeleur is a French holiday that falls on February 2nd. A celebration of the Presentation of Jesus Christ is also called Candlemas.

The holiday is named after the candles that are lit on this day. According to Christian tradition, this is the day when Mary, the mother of Jesus, took him to the temple for God to see him.

In France, La Chandeleur is celebrated by eating crepes. Crepes are thin pancakes that can be either sweet or savory. They are traditionally made with wheat flour, milk, eggs, and butter.

On La Chandeleur, it is customary to make crepes with a silver coin hidden inside. Whoever finds the coin in their crepe is said to have good luck for the rest of the year. La Chandeleur is a delightful holiday that celebrates both faith and food.

We created a short list of popular crepe recipes to give you some ideas you can try at home. Below you'll find four delicious crepe recipes you can make any time.

You can never go wrong with a treat filled with cream cheese. So here's the recipe for this yummy crepe recipe that can be topped with strawberries and bananas.

If you want to try something more savory, consider making this recipe. It's perfect for dinner, and the unique glaze will have you wanting it every night.

If you're tired of always using Nutella, then this recipe is perfect for you. It's a lovely dessert to try when craving something sweet and different.

Do you want to try a classic meal with a twist? Try this savory crepe recipe if you're tired of regular ham and cheese sandwiches. These crepes will fill you up nicely!

The Best Pans to Make the Best Crepes 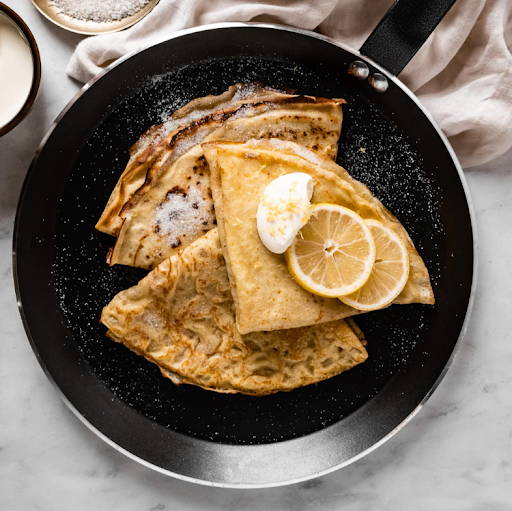 When making crepes at home, you can't make them in any pan. You have to have a special kind of pan specifically for crepes. Below are the best pans to make crepes.

Celebrate the French Crepe Holiday Any Time With the Right Cookware

The best way to celebrate the famous french crepe holiday is with de Buyer. For 200 years, we have been making the perfect pots and pans for all celebrations and holidays. This year celebrate La Chandeleur the right way by shopping with us today!